CALL US FIND US
You Are Here: Home > 2018 Rolls Royce Wraith vs 2018 Bentley Continental GT Comparison

For a high-performance ride that provides utmost comfort and convenience during long trips, the grand tourer is highly recommended. For several decades, British automakers have solidified their reputations as masters of grand tourer manufacturing, churning out premium two-door coupes that are built for speed and endurance. The two foremost British marquees in this segment are Rolls Royce and Bentley, which released the Wraith and the Continental GT, respectively. The 2018 model year marks the Rolls Royce Wraith’s fifth-year anniversary; its Bentley counterpart preceded it by a decade. However, don’t be fooled by age; the relatively young Wraith, in its 2018 model year, still manages to get the best of the Continental GT due to the following:

With the engine placed at the front of each car, the 2018 Rolls Royce Wraith and the 2018 Bentley Continental GT differ in the type of drivetrain they adopt. The Continental GT goes with an all-wheel-drive system, which involves engine power going to all four wheels to optimize tire grip with the road. However, enhanced traction is not one of the grand tourer’s main attributes. The classic layout of the grand tourer involves the engine at the front, with power kicked to the rear wheels. That way, there’s a better distribution of the vehicle’s weight from front to back. Consequently, the Wraith, which uses the front-engine rear-wheel-drive layout, has enhanced handling.

The rear-wheel drivetrain on the 2018 Rolls Royce Wraith carries over into its fuel economy. With less energy spent on compensating for the weight imbalance from front to back, the vehicle achieves improved gas mileage. Although the Wraith has a much bigger engine than the 2018 Bentley Continental GT – with its displacement of 6.6 liters, compared to the latter’s 6 liters – it provides a combined fuel economy of 15 mpg*. By comparison, the GT has a combined fuel economy of 14 mpg.

Like it does with its powertrain and drivetrain format, the 2018 Rolls Royce Wraith sticks to the traditional two-door coupe format. It has a curb weight of 5,380 lbs. The 2018 Bentley Continental GT goes with a convertible body style, which might seem lighter than a coupe because it replaces its hardtop with a soft folding top. However, a convertible has the added mechanism necessary to move the soft top back and forth, which adds to the weight of the car. Indeed, in general, the soft-top operating mechanism makes the convertible heavier than the coupe, thus making the latter the preferred body style among performance enthusiasts. The Continental GT is no exception, with a curb weight of 5,501 lbs.: more than a hundred pounds heavier than the Wraith.

Want to try out the 2018 Rolls Royce Wraith for yourself before purchasing? Come meet with one of our specialists at our North Olmsted, Ohio location, where we try our best to ensure that every customer has a great experience.

* Based on 2018 EPA mileage ratings. Use for comparison purposes only. Your mileage will vary depending on how you drive and maintain your vehicle. 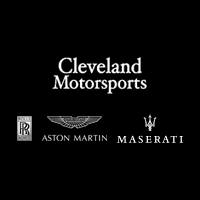